How it all started…

On a snowy day in November 1993, Mike Shaw stepped into his first pair of skis. Unknowingly, that moment would shape the next twenty years of his life.

From a young age, Mike was an adventurer. His love for extreme sports kicked off at 12 years old. You could find him cliff diving, skateboarding, wakeboarding, mountain biking, skiing or snowboarding in his spare time, taking on any sport where he could push his personal limits.

At age 14, Mike got his first pair of twin tip skis (hand-me-downs from his older brother). After just one season of freestyle skiing, he was hooked. He’d found his passion; skiing became his number one focus.

The following winter, Mike joined the Silver Star Freestyle Club and began taking his skiing to new heights. He and his teammates were all set on doing the same thing: becoming professional skiers. Mike got his first taste of competition in 2003 and there was no turning back. Before long, Mike was excelling on the provincial, national, and international level.

Unfortunately, Mike suffered two broken ankles, derailing his dreams of competing professionally. With endorsements on the line and higher stakes in the competition tour, this was devastating timing. Mike tried to push through and compete, but his competitive results suffered. The harsh realization that he would need to stop skiing to let his ankles fully heal set in, and he painstakingly stepped back from the competitive side of the sport. 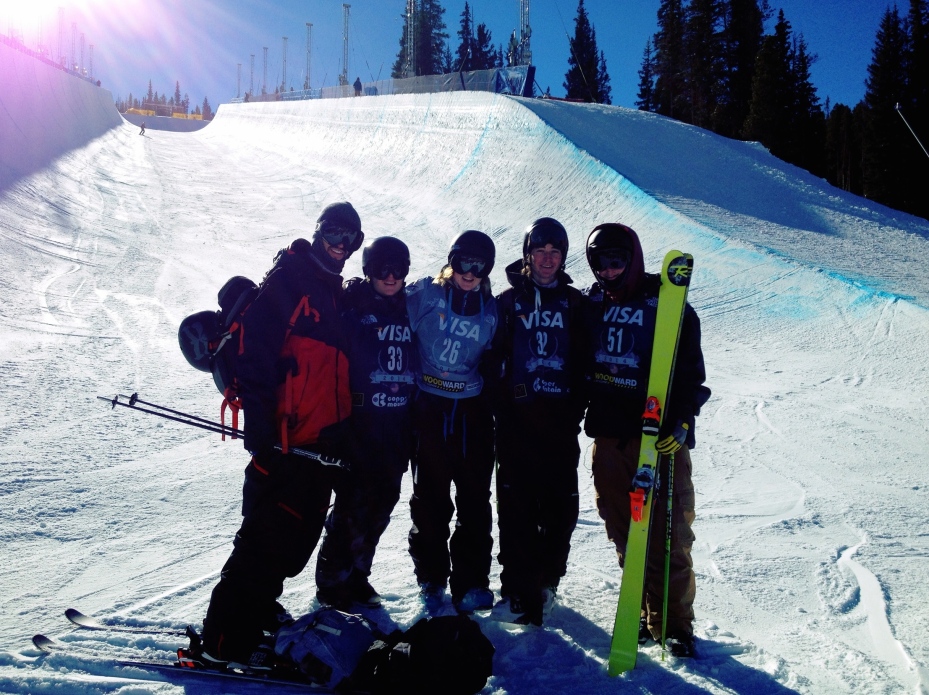 Mike’s love for skiing led him to stay involved in the freestyle community. He began coaching at his local ski club on the weekends to help put himself through university. In 2010, after completing his business degree, Mike moved to Whistler, BC and fell in love with the coastal mountains. Shortly after the move to Whistler, Mike was hired as the head coach of the British Columbia Freestyle Ski Team.

In his first high-performance coaching role, he worked with the top athletes from all over BC. By 2012, Mike had moved up the coaching ladder and was working with national development athletes from all over Canada. He and his team traveled the world competing all over North America, Europe, and New Zealand. In the summer months, Mike spent his time on the Blackcomb Glacier working for Momentum Ski Camps as their Terrain Park Designer/Builder and coach.

Mike was living his dream, traveling the world to ski some of the best terrain and competition venues imaginable. He had figured out how to “ski and survive,” and do it professionally. There was rarely a month that went by where Mike was away from snow or off his skis.

The fateful day that changed everything…

On December 16th, 2013 while skiing with his team in Colorado, life as he knew it changed in an instant. Mike was at Keystone Mountain skiing in the terrain park when he had a severe accident. In a ‘scorpion-like’ crash, Mike dislocated and broke his neck, paralyzing himself from the neck down.

At that moment, everything that Mike loved about skiing was ripped away from him. His athletes were tasked with helping him get off the snow and get the medical attention he so direly needed. Fortunately, Mike was in surgery hours later. His surgeon assured him it was the only hope for recovery from the crash.

Following the surgery, Mike miraculously began to heal, but the accident changed his life forever. Mike set off down a new path, one riddled with hardship and seemingly insurmountable challenges. He would need to be more resilient than ever to achieve his end goal – get back on skis.

The following years post-crash were loaded with peaks and valleys of good times and hard times. His determined and gracious demeanor would ultimately be his saving grace. Mike approached his recovery like any other challenge he’d faced, but this time his foundation was gratitude. Mike was outwardly thankful for every step forward he made, and his story started to spread on social media. His new mantra: being #gratefuleveryday began inspiring those around him.

Back on his feet! – a short timeline:

Mike’s journey back to the mountains has been nothing short of miraculous. It’s been documented on Red Bull TV, CBC, NBC, CTV, Global TV, and YouTube. His TEDx talk has reached thousands of people and continues to help those suffering through challenging times. He is faced with challenges every day related to his spinal cord injury. However, he strives to achieve more and keep pushing his personal limits.

Mike’s message is simple, we all get to choose our attitude and effort every day. It’s a universal right we all have. So, choose gratitude and choose your full effort. It’s incredible what we’re all capable of.

Where to find Mike